We are OPEN! Our new address for the Administrative Office of the BCSO is 320 N. Hoyle Ave., Bay Minette, AL 8AM--4:30PM Monday through Friday 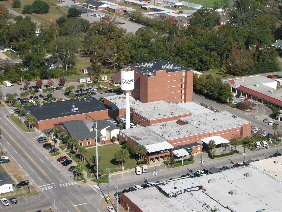 Operations Division
This division is charged with the daily safe and secure operation of the facility including all officers assigned to the direct management of inmates.

Support Services Division
This division is responsible for providing all support services required to operate the facility except facility maintenance.  These responsibilities include Food Service, Postal Service, Inmate Commissary, Visitation, Records, and inmate transportation among others.

Intake
This Division is charged with intake and release of all inmates, Docket room, Inmate Classification, Inmate Transportation and Liaison to the Courts; including all Judges and District Attorney's Office. The Corrections Center provides every inmate with updates on their court case when available. If the inmate or inmate’s family has questions concerning court information unknown to the center, we recommend contacting the attorney in the case. The assigned or hired attorney in that inmate’s case will have the most current information as to the status. The docket room is able to provide bond amounts and charges only. The corrections center also provides 24 hr. booking information online.

Medical Service Unit
The medical staff provides the personnel resources for a full-service medical and dental facility inside the confines of the Corrections Center.  Professional medical services are provided by a locally contracted Doctor and Dentist.  Medical and Dental Sick Calls are held daily and inmates are seen in order of need after they have been examined.  Medical and dental care is provided to each inmate without regard for their ability to pay for services.  Should an inmate have funds in their Inmate Trust Account, a charge to that account for an appropriate co-pay amount will be made as they receive medical and dental care.